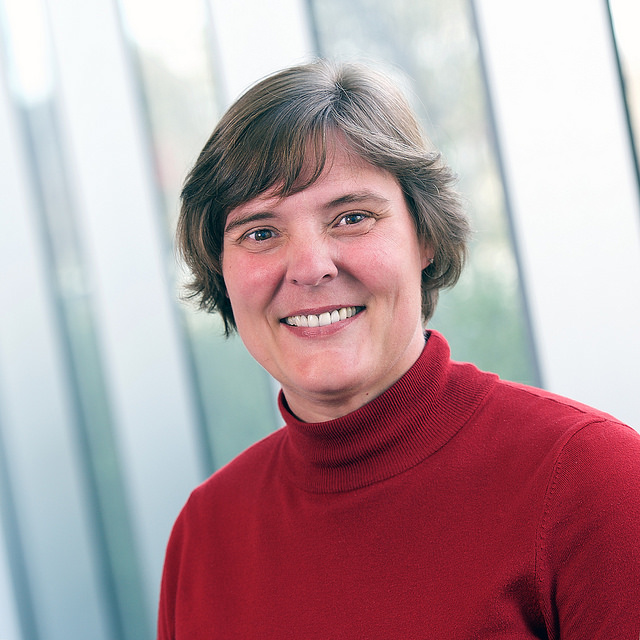 Claudette Cloutier is the Associate University Librarian, Research and Learning Services (2012 – present) within Libraries and Cultural Resources (LCR) at the University of Calgary. She is currently on a one year leave after having completed the expansion of the HDL II project as the Facilities Owner representative (August 2016 – May 2018).  In this role, she worked with colleagues in LCR, across the University, and with the project management team to develop a functional framework for the new facility incorporating design considerations from a variety of areas including Archives and Special Collections, Metadata Services, Content Development, and the Nickle Galleries. The HDL II Expansion opened April 30, 2018, and will be the point of ingestion for LCRs physical materials and has specialized spaces for preserving 20th-century cultural resources including a preservation room, a cool storage room, and an audiovisual preservation room as well as staff workspaces.

She began her service in LCR in 1998 as a science liaison librarian covering a wide range of subjects and quickly moved into managing the geoscience branch library. In October 2010, she was appointed Director for Science and was named Program Director for the Taylor Family Digital Library in April 2011 where she managed the programmatic and structural completion of the Taylor Family Digital Library and High Density Library. This position included overseeing extensive staff, equipment and collection moves. In her current role she has operational and leadership oversight for the staff of five branch libraries, the public services areas within the Taylor Family Digital Library, and is responsible for building initiatives and fostering collaborations that positively impact student learning and support the research and teaching mission at the University of Calgary. She completed a B.Sc. at the University of Victoria in 1991 and holds an MLIS from the University of Alberta (1994).